Protech would like to thank you for your attention and time you spent in our booth during IFFA 2019. 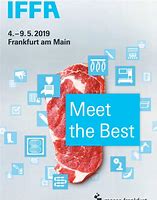 Vega Salmon, who has production in Esbjerg, Haderslev and Hörvik in Sweden, has accumulated a large part of its Danish production in a new factory south of the border in the German Hand Witt at Flensborg. The production unit, which began operating in the fall of 2012, is 12,000 m3. This provides good opportunities for extend production as new markets emerge.

The right location
The thought of a new factory started several years ago. Even then, the owner Roald Vedelgart, contacted Protech. We have thus been involved throughout the planning period. Vega Salmon has spend time first finding the right place , and then to establish production facilities. It was important for Vega Salmon to have close to the primary markets in Europe. Vega Salmons production primarily goes to Italy, Germany and recently Australia. The products are both smoked and fresh salmon. The salmons are imported with refrigerated transport from Norway.

Cooperation with Protech
After a lot of meetings between Vega Salmon and Protech the two companies decided about four 10-wagon cold smoke. The chambers heated by steam, which in this case are better than electricity. Steam generator heated with gas and steam is also used elsewhere in the company. The excess heat from factory cold system are used for production of hot water. Smoke is continuously throughout the smoking process; thus achieved best smoke flavor and quality.